If creativity found consistency on Tinder, would it swipe right? 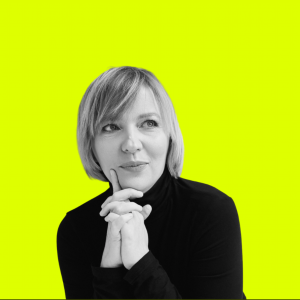 I mean, is consistent creativity even a thing?

I published my first post on this blog on March 31. I’ve run blogs before, so I knew very well what it took. To make it work, I had to have an editorial calendar or at least some kind of a publishing schedule.

This time, I had a very rough list of topics, and an idea I wanted to post once a week. At least for now. I more or less knew it would probably Wednesday (but didn’t decide on it, which was a rookie mistake. Mistake no. 1.)

I didn’t really have a long-term plan. No keyword lists and links to include. With promoting my own business, I kind of go with the flow and believe in “done is better than perfect.” Like when I first put up my website almost a year ago. I put it together all by myself (and I’m no webmaster), and with all the things I wanted done, I might’ve never hit that “publish” button. So I just went on with it, even though it wasn’t perfect.

It was the same with the blog.

I failed in week 4. Well, almost failed, because here I am writing this on a Saturday, which is still the same week, right?

And it got me thinking.

Is consistency the enemy of creativity?

See, I know I write best when I feel inspired. It’s perfectly normal, and probably something most creative people know very well.

And it’s not even about writing under pressure. I can do that. But it’s about *feeling it*. The flow, the creative vein, whatever you call it. It’s when I write best.

When I feel inspired by something or someone, it’s like whole sentences form in my head on their own. All I have to do is write them down (which is not always easy, because, for some reason, they like to come out at night, when I’m half asleep. And often I grab my phone and do some half-conscious tapping at the tiny keyboard, which is really funny to read the next day. And sometimes, when I’m unable to do that, I repeat them several times in my head, so they become more *real* and stick. And they often do.)

But when I’m faced with the blinking cursor and a deadline, it’s a whole different story. And while it might turn out just fine, it’ll probably take much more effort than when I just sit and write what’s in my head.

I’m fully aware of the fact that planning is crucial. It’s what made my business take off in the first place. It makes following through with stuff much more straightforward. It’s what helps projects succeed. What makes marketing much more effective.

Come on, I’m a copywriter. I know that if you do the research and plan well upfront, the words basically write themselves. It’s what experts talk about. It’s what I’ve seen work time and time again when I write for my clients.

Copywriting is so much more than just putting words on the page. And there are lots of tools that make it quicker – and more effective. Like copywriting formulas and storytelling scenarios. Like voice of customer research.

But then comes the mythical creature, that spur of creativity:

And well, I hold her beer.

Because it’s just not the same without her.

Even though I know this relationship probably won’t work in the long run.

Some say creativity is a muscle. And yes, you can work on things in life. (Although I’m still testing if creativity is one of them.)

Even scientists say forming habits that stick is not that easy. What is easy is to fall out if you don’t repeat, repeat, repeat (just like repeating those damn sentences in my head while dozing off.)

It’s like taking up sports. Or working out (yeah, I’m talking to you, person in lockdown.)

And it’s the same for my audience (and probably your audience, too.) It’s why content creators come up with formats. You create things people get used to. In a consistent manner, at a consistent frequency. Maybe it’s a weekly article. Maybe it’s a daily vlog. Maybe a series of tips twice a week.

People learn to expect it (if they see the value, let’s not forget this not entirely insignificant detail.)

And you gotta learn to get in the habit of giving it to them.

And Imma do it. Because I know posting stuff randomly doesn’t exactly work. Unless you plan it.

But this stuff takes time. So if you slip, adjust your crown and get back on track. You’re gonna be great. (Yeah, that was more like me giving myself the lamest pep talk.)

And in the meantime. I didn’t plan this post at all. And that’s what made me write it.

So how’s that for inconsistency.

And how’s your consistency?

What do you do to keep it going – on a schedule?

[or tell me what you thought]